Dwayne “The Rock” Johnson is out promoting his latest movie, DC League of Super-Pets, which is out now in theaters.

Well, on such press tours promoting popular animated films, strange questions are often asked. And this junket is no different.

The Rock was recently asked, if he could be the pet of a famous celebrity, who might be choose? And his answer brought smiles to his co-star in the film, comedian Kevin Hart.

The question, exactly was: “What celebrity would you want to be a pet to?”

Perhaps he’d thought about this already, his answer was so quick and ready. Megan, of course, is the powerful rapper on such songs as “WAP” and is known for how bodacious performances on stage. She’s one of the most popular and biggest-selling artists of contemporary times.

To which, The Rock responded, coyly, “Ah, we don’t have to talk about that. Okay?”

The video has some 5 million views already.

Twitter user @TimboFionna posted the video of the interaction, adding, “not Dwayne “The Rock” Johnson saying he’ll be Meg Thee Stallion dog when they asked him who celebrity dog he’ll be . LMFAOOOOO I FEEL YOU MY BOY .”

Perhaps, since Megan is such a prolific rapper, The Rock and her will feature in a new rap song. Maybe Snoop Dogg will be involved, given the theme of their connection. After all, The Rock already is known for his rapping skills. Just check out this post from 2021 in which The Rock offers his first try and being a bona fide emcee. 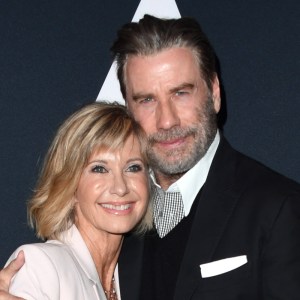