Tori Amos and Halsey are very different artists, however, Halsey revealed one of Amos’ songs changed her life. Interestingly, the song impacted Halsey at a young age even though it’s not truly appropriate for younger listeners. Here’s a look at why it affected Halsey and how the world reacted to it.

According to PopJustice, Halsey had surprisingly hip musical taste as a child. While lots of kids are listening to children’s music at that age, she was exposed to more adult music. Thanks to her parents, she listened to classic 1990s artists like Alanis Morisette, Tupac Shakur, and The Notorious B.I.G. while she was growing up. She also listened to Amos, and has strong memories of one of Amos’ songs in particular.

“One of the first songs that I remember really changing my life was ‘Me and a Gun’ by Tori Amos,” she said. “I remember [my mother] throwing me in the back of the car at eight or nine and her just driving and crying and playing this Tori Amos record. She never said a word, we were just driving down the highway and playing ‘Me and a Gun’. This is a song about Tori Amos getting raped, she’s at the edge of death and she’s thinking, ‘I have to get out of this because I’ve never taken a vacation to Barbados and I always said that I would’. And she’s saying isn’t it funny what you think of when you’re about to die. Of all things; I need to get out [of] this because I need to go to Barbados.”

RELATED: The Madonna Video That Made Pepsi Pull a Multimillion-Dollar Ad

Halsey added “I’m like eight or nine — maybe younger — and I don’t even know that the song is about rape and obviously at the time I’ve never experienced anything like that,” she said. “All I remember is believing her and believing the realness of what she was saying.” “Me and a Gun” is an incredibly haunting song, partially because Amos sings it a capella, putting the focus entirely on her ghostly voice and the song’s dark lyrics.

Halsey related “Me and a Gun” back to her own work, saying she is more concerned about being believable than being relatable. This makes sense, as some of her songs deal with very specific situations not everyone can relate to — like “You Should Be Sad,” where she confesses she’s glad she never had a child with her ex-boyfriend.

In a separate interview with Vice, Halsey cited Amos as an example of the trend of female singer-songwriters from the 1990s like Jewel, Anna Nalicik, and Celine Dion. Halsey says she would have become successful during the 1990s because of that trend. While Halsey’s music is far more syntheiszer-driven than Amos’ or Jewel’s most famous songs, it has much of the same emotional honesty.

How the world reacted to ‘Me and a Gun’

Clearly, “Me and a Gun” mattered a lot to Halsey. Did it matter as much to the world as well? The track did not reach the Billboard Hot 100 at all. This is not surprising. After all, Amos is not the sort of singer who makes conventional top 40 music and “Me and a Gun” is an especially unconventional song because it’s performed a capella. Regardless, it had a huge impact on Halsey, who has produced a string of hits on the Billboard Hot 100 like “Closer,” “Without Me,” “Bad at Love,” and “You Should Be Sad.” 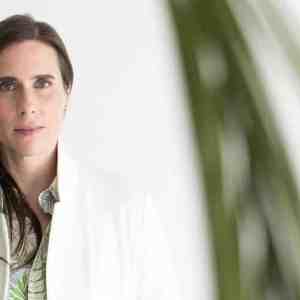 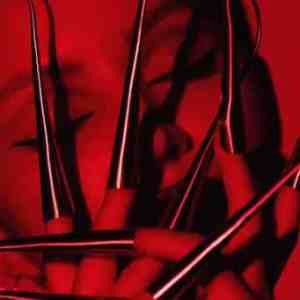