As country music fans, we know without a doubt that Montgomery Gentry’s Troy Gentry, and the contribution he made to the music industry, will never be forgotten. And on Jan. 28, when the Lexington Music Awards took place in Troy’s hometown of Lexington, Kentucky, they made sure that he was recognized by the Bluegrass State.

Although it is heartbreaking that the country star and proud Kentuckian couldn’t accept the award himself, Troy’s oldest daughter, Taylor, was on hand to graciously accept the honor on her late father’s behalf.

Poised and confident, Taylor admitted to the audience that, unlike her father who was used to the spotlight, she was not comfortable with public speaking. But her thoughtful and humble words were enough to bring tears to the eyes of the duo’s fans.

“It’s amazing to see and hear about how many people my father has affected through not only by his music, but [also] his kind nature,” she said. “I’ve had countless fans reach out to me and share stories of times they shared with Eddie [Montgomery] and my father. It’s a great honor to be accepting this on his behalf in our hometown. I’m sure he’s got one of those big ol’ smiles on his face right now.”

She went on to say, “I know he’s lived in Nashville for the last 20 years, but he’s never forgotten his roots here in Lexington.”

It’s hard to not get emotional as Troy’s daughter proudly speaks for her late father.

We lost Troy entirely too soon when he passed away in a helicopter crash in Medford, New Jersey, in 2017. In addition to Taylor, the talented and handsome singer-songwriter left behind his wife, Angie, and their teenage daughter, Kaylee.

Since his untimely death, Montgomery Gentry, which is now led by his duo partner Eddie, released the final album the pair recorded together, “Here’s to You,” which was completed just days before Troy’s tragic accident. The first single from the project, “Better Me,” featured T-Roy on lead vocals.

Eddie returned to the road in January, touring behind the new project and celebrating what would have been the award-winning duo’s 20th anniversary. And on Feb. 2, he celebrated the release of “Here’s to You” by returning to the sacred stage of the Grand Ole Opry.

It was a beautiful night welcoming @LuckymanEddie back home to the #Opry stage and celebrating the new music of @mgunderground. pic.twitter.com/HRlKmRvwxl

RELATED: Eddie Montgomery opens up about the day he said his final goodbye to Troy Gentry

On Feb. 5, it was announced that longtime pals and fellow Kentuckians David Tolliver and Chad Warrix of Halfway to Hazard, were joining Eddie for the “Here’s to You Tour.”

In a release, Chad said, “It’s really hard to capture all the emotions I’m feeling with the anticipation of opening for MG this year. Troy will be so heavy on all our hearts. Eddie and the guys can use our shoulders to lean on if they need [them]. Lord knows we will need theirs.”

David added, “Troy was one of our best friends, and we miss him every day. If we can honor him and help keep his music alive we are gonna do it. I’m so happy to be going out with Eddie and playing shows. It just feels like something we are supposed do, and I can’t wait.”

The tour begins Feb. 9 and currently runs through July. A comprehensive list of dates and ticket information are available on Halfway to Hazard’s website. 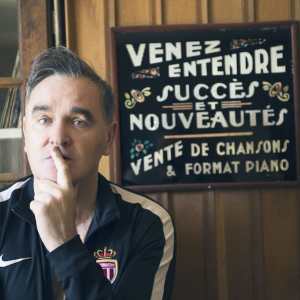