After announcing an extension to The Judds: The Final Tour, Wynonna Judd has shared the line-up of fellow country icons slated to join the celebration in 2023.

Names on the star-studded line-up include Ashley McBryde, Brandi Carlile, Kelsea Ballerini, Little Big Town and Tanya Tucker. Martina McBride is set to continue her run as a special guest on all upcoming tour dates.

“What I can think of to say is that I am looking so forward to being out on the road again, and that I am absolutely thrilled to have my friends joining me for this next tour,” said Wynonna in a statement. “I’m so grateful to the fans that they want more and I’m anxious to be with everybody again.”

Wynonna started the tour in honor of her late mother, Naomi, earlier this year. After an overwhelming demand from fans, she decided to add 15 more dates to the run.

“I have never felt so overwhelmed by this much love and support!” Wynonna said at the time. “The emotions that flow while listening to the different generations of fans sing back to me each night has been other-worldly. I am so humbled by every artist that has come to sing with me on this tour. They’ve all managed to bring something so unique to The Judds music and I can say that no two shows are the same.”

She continued, “It has been so life-giving! The decision to add 15 more shows was a no-brainer for me. The fans have been such a gift during my time of grieving and honoring my mother in song. What an amazing season this is. I look so forward to continuing the celebration of the music that has changed my life forever.”

Tickets for the shows are on sale now. Find the full run of 2023 dates below.

The Judds: The Final Tour Dates 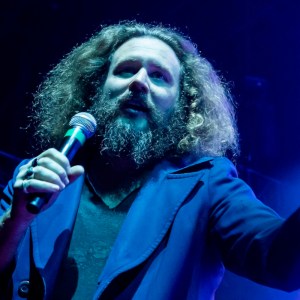