Two infamous bands, Smashing Pumpkins and Jane’s Addiction, stopped by The Howard Stern Show this week to chat about a myriad of topics, from their upcoming joint tour to David Bowie and the late drummer Taylor Hawkins.

Speaking about their upcoming tour, Corgan said, “We’re about to go on tour with one of the greatest bands ever on God’s green Earth. The Smashing Pumpkins are by nature a competitive lot and … [Jane’s Addiction will] kick our ass if we’re not careful. We will give our supreme effort each night.”

“As I’ve gotten older and wiser, my health has improved immensely just by being here and seeing all the crew and the musicians. Now I look at it like [it’s] my lifeline. … I feel like I’m eternal,” Farrell said. “As long as there are people who need joy in their life and I see their faces when I’m singing, I’m like ‘Wow, I’m giving these guys joy. I’m turning them on.’”

The conversation then turned to Hawkins.

Said Farrell, “You talk about a guy who brought people together to make music … [Taylor] was that guy. He brought musicians together, he loved music, he loved making music and writing songs … John Lennon was a songwriter … Billy Corgan’s a songwriter, and so was Taylor.

“We would just go on surf trips and he [would go], ‘You know what makes us different, Per? We surf,’” Farrell recalled. “He loved surfing so much. He wasn’t the greatest surfer, but he was very courageous, and the courage went into the music.”

Corgan and Farrell talked about their appreciation for Bowie, as well.

“The thing about David that I think is so special to people on the alternative music side is that he could’ve been Frank Sinatra, he could’ve been like one of those guys, but he chose to just be a weirdo like us,” Corgan said.

During the conversation, Farrell also remembered a time he lost his phone in a cab and the driver noticed Bowie’s number in there.

“The cab driver took it and went through it and saw David Bowie’s name, so he called him up,” Farrell said, continuing to explain that the cabbie evidently kept calling Bowie until he was properly annoyed. “I had to finally [tell David], ‘Listen, man, it wasn’t me. I’m really sorry this guy is bothering you.’”

Farrell soon found himself in more trouble with Bowie when—in an attempt to raise money for the environment—he accidentally shared Bowie’s email address with 300 strangers. “I didn’t know what a BCC copy was,” Farrell insisted. “So, again, all these people started hitting him up. He said, ‘Perry what are you doing?’ I said, ‘I don’t know what I’m doing. Sorry.’”

Farrell continued, “They had this show that [David] put together with [longtime producer] Tony Visconti, and he wanted me to do it, so I was thinking, ‘Oh man, I’m going to make up with David. This is great. I can’t wait!’” Then, “Two weeks before the show, he died,” he lamented.

The Smashing Pumpkins and Jane’s Addiction’s “Spirits on Fire Tour” begins Oct. 2 at the American Airlines Center in Dallas and concludes Nov. 19 at the Hollywood Bowl in Los Angeles. 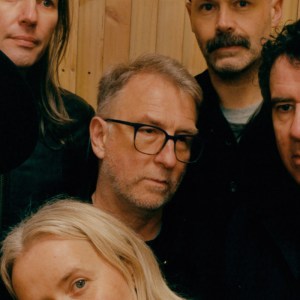