Blake Shelton, Joe Walsh, The Eagles’ Timothy B. Schmit, and Matt Sorum have recorded a cover of Tom Petty’s “I Won’t Back Down” to help support Miraculous Love Kids, a nonprofit music school launched in 2015 to protect and educate impoverished young women living in conflict zones and facing gender discrimination and violence in countries like Pakistan and Afghanistan.

For the 1989 Petty hit, Shelton, who previously covered the song with former Voice contestant Dia Frampton, takes on vocals with Joe Walsh on guitar, Schmit on bass, and Sorum on drums for the new campaign.

“In ‘I Won’t Back Down,’ Tom Petty so powerfully wrote, You can stand me up at the gates of hell, but I won’t back down,” said musician Lanny Cordola, and founder of Miraculous Love Kids. “The girls and I are honored to have Blake, Joe, Timothy, and Matt join us in spreading this message far and wide.”

Throughout the years, Rage Against the Machine’s Tom Morello, Beth Hart, members of Foo Fighters, Sammy Hagar, and Nickelback’s Chad Kroeger, have participated in recording covers to help support the mission of Miraculous Love Kids.

In 2014, Cordola staged Peace Jam 2014, to help aid a family he befriended in Afghanistan. “The funds we generated were used to provide for a family in Afghanistan who lost three family members to a suicide bombing, including two young sisters Parwana and Khorshid,” said Cordola.

By June 2015, Cordola traveled to Kabul, Afghanistan to inaugurate Girl with a Guitar, where he taught a group of girls who suffered various hardships due to war and poverty.

In partnership with Elektra and GoodNoise.io, the NFT label launched by Sorum, under the umbrella of STHORM.IO, which he also co-founded, proceeds from the “I Won’t Back Down” single will help the school to educate and empower young people around the world. To raise money through the single, listeners are encouraged to donate $1, $5, or any amount they want, or via contact@goognoise.io.

In addition to the Petty cover, Elektra recently traveled to Pakistan for a special photo shoot with some of the students for an NFT collection, which will also benefit Miraculous Love Kids.

“When you join Team GoodNoise, you’ll receive updates on drops and other important initiatives,” said former Guns N’ Roses and Velvet Revolver drummer Sorum of the campaign. “We’d like to have a million members down the road to take on causes that impact us all.”

Listen to the Blake Shelton, Walsh, Schmit, and Sorum version of “I Won’t Back Down” HERE. 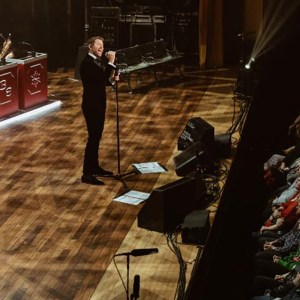