In a social media post on Tuesday (January 4), rapper and performer Cardi B made her feelings clear when it comes to homophobia.

Translation: get over your stupid homophobia.

Of course, in the seemingly thousands of replies to the tweet, there are mixed responses, from support to insults. But that’s social media for you.

But it’s an important one, too. For too long in rap and hip-hop there has been an anti-gay stigma and for any major name like Cardi B to come out and decry those histories is significant.

The statement brings to mind Macklemore’s song, “Same Love,” which also talked about the phenomenon of homophobia in music, specifically rap music.

For Cardi, the tweet earned about 50,000 “likes” on Twitter in a few hours. It’s one of many eyebrow-raising moments for the star in the past few months.

Late last year, the artist took to social media to defend the rapper Lil Kim, who is one of Cardi’s heroes, she says, from significant online derision.

Not to be outdone, even by herself, Cardi also executive produced the recent all-female Bruised soundtrack, curating the music for the new Halle Berry film on Netflix.

Cardi also hosted the AMAs in November 2021. What can’t she do?

Check out two videos below from the artist, which have somewhere around 11-kajillion YouTube views.

And always remember: don’t hate people merely for who they are. 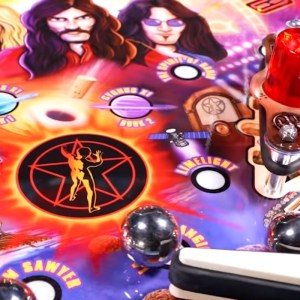