Recorded at the Apple studio in Nashville, and accompanied by an additional live recording of Underwood’s 2022 single “Ghost Story” and her 2012 hit “Blown Away,” the artist elaborated on her Osbourne cover and said that she’s always been a fan of the “Prince of Darkness,” and “Mama, I’m Coming Home” is one of her “all-time favorite” songs.

“I’ve always thought it felt a lot like a country song, and I’ve wanted to cover it for a long time,” said Underwood in a statement. “This was a really fun opportunity for me to be able to finally make that happen. I hope we’ve done Ozzy proud, and I hope he likes it.”

Two weeks ago, Underwood embraced her metal side again, joining Guns N’ Roses on stage to perform their 1987 hits “Paradise City” and “Sweet Child O’Mine” during their concert at Tottenham Hotspur Stadium in London. In April of 2022, Guns N’ Roses singer Axl Rose also joined Underwood during her set at the Stagecoach music festival in Indio, California to perform the same two songs, which the country singer called “the greatest night of my life.”

In 2013, Underwood also performed “Paradise City” at the CMA Music Festival in Nashville. “I’ve covered enough Guns N’ Roses stuff, and it was people like him who taught me how to sing,” said Underwood. “I look at people like him and Freddie Mercury, those people who were doing all these crazy runs. It was so different.”

Released on Osbourne’s sixth solo album No More Tears, “Mama, I’m Coming Home,” was a collaborative co-write between Osbourne, along with his former guitarist Zakk Wylde and late Motörhead frontman Lemmy Kilmister and gave the metal singer his second Top 40 hit, peaking at No. 28; the other hit was his 1989 duet with Lita Ford on “Close My Eyes Forever.” 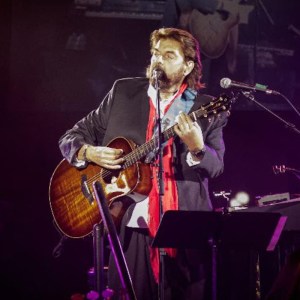