“I dreamed myself into a corner and I couldn’t be happier!”

Dolly Parton was reflecting on her career, as part of a panel discussion with songwriter/producer Linda Perry at the annual Music Biz 2018 conference. Parton discussed how her musical success has put her into a happy space, albeit one that requires an ongoing commitment to craft and business. “Every dream I have brings on a new dream, like a tree with deep roots and branches and a lot of leaves. And every time something happens it makes something else happen. I like being there, but it is a big responsibility.”

Parton’s speech was just one of many highlights at the always informative and inspiring four day conference, held this past week in Nashville. For any attendee, Music Biz is a valuable investment involving networking, education, furthering your career or getting the all-important foot in the door. It gives new artists a platform to showcase their talent and established ones to accept awards, industry heavyweights the opportunity to mentor and offer advice, or a podium to get political and discuss the hot-button topics of the day, as manager Scooter Braun (Ariana Grande, Justin Bieber) did while accepting the Harry Chapin Memorial Humanitarian Award for charitable efforts, and songwriters Shane McNally and Justin Tranter did at the “The Power of Queer Storytelling in Song” panel.

The annual luncheon is always a highlight and this year was no exception. A prolonged standing ovation brought Nile Rodgers to tears. Accepting the Chairman’s Award for Sustained Creative Achievement, Rodgers said, “I love this business, with all the ups and downs I’ve had. I’m just trying to be the best partner you’ve ever had. It’s not ego. I’m just trying to do something ground-breaking so when we look back years from now we can say ‘wasn’t that good!’”

Scooter Braun’s comments about gun control will undoubtedly grab headlines from most media outlets. “I am a gun owner. I have no issues with anyone owning guns, or driving cars. I think we should be qualified for both,” he said. “I haven’t met one artist or friend who owns guns who doesn’t agree with me. This issue is not about taking away guns. It’s about making sure that those who have guns are qualified.”

As the driving force behind the One Love Manchester concert, held to benefit victims of a terror attack at an Ariana Grande concert in Manchester, England a year ago this month, the passionate and engaging Braun was happy to tackle the topic, as it directly involved his artist and her fans. “We have a responsibility to those (we) lost (in the attack). I get to go home and hug my wife and kids. I met over twenty families where someone is not coming home.” But it should be noted that the award was recognizing the collective body of his charitable efforts, which includes the One Love benefit, but also his artists’ contributions to the Make-A-Wish foundation and countless other mostly anonymous donations. Braun credited his mother for instilling this trait, and his team for continuing the efforts.

On the red carpet before the annual luncheon, American Songwriter grabbed some time for some insights from several artists:

“I got my publishing deal through my band (Semi-Precious Weapons) which had a deal with Interscope Records. After we were dropped a brilliant young woman named Katie Vinten who worked at Warner Chappell Publishing met with us. She was young, passionate and determined. She put me with other songwriters to write songs about five years ago and it changed my life.”

– writing ‘Cake By The Ocean’

“Julia Michaels and I and Mattman and Robin (Mattias Larsson and Robin Fredriksson) had been working with Joe Jonas for a few days. The last day of our session Julia had to cancel to go visit family in Iowa. We were having a great time with Joe but we were being too serious. He’s so sweet and talented and really fun and hot. So I thought we should write a fun and sexy song. And I said ‘let’s write something like ‘Cake by the Beach.’ And then Robin had an amazing melody and we worked on that phrase and it became ‘Cake by the Ocean.’ It was literally me suggesting a weird concept to get Joe and everyone to have fun and see what happens with it. The guitar riff was from Mattman and Robin. It was ten years old at that time and was the first riff they wrote together.”

– on working with Julia Michaels and writing ‘Issues’

“Like everything I’ve been fortunate to write with Julia, it’s about capturing that moment, mood and feeling that she is in. I try and help her tell the story as best she can. Capture the magic and run. I love to figure out where the most urgent moment is. Truth is the most urgent, even if it’s something as ridiculous as “Cake by the Ocean” and getting to Joe to love himself. Supporting Julia in the insane honesty she brings to everything in a lyric is my job.”

“When I was seven years old I joined a website called Sweety High, which is an all girls media company and I would post music and videos on there. They noticed me and brought me to LA when I was twelve. They signed me and now the founders of the company are my managers. I’ve been writing a lot here in Nashville. I had a co-write yesterday with Nathan Chapman and other great people. I’m working on my first album and gearing up to release a new single “I Know How To Make A Boy Cry.” It’s about girl empowerment and sticking up for yourself and taking the high road.”

Nile Rodgers (David Bowie, Vaughan Brothers, “Like A Virgin,” “Le Freak,” “Get Lucky”) on his recent inductions into the Songwriters Hall of Fame, Rock and Roll Hall of Fame and the Music Biz award.

“When you’re a composer you know that you’re probably the most anonymous person in the world. That’s just how you live. It’s always the stars outside selling it and most people think they wrote or produced the songs. In my life, to be recognized for composing is unbelievable to me because it’s a solitary job. It doesn’t get much recognition so it’s the one you cherish most. Had it not been for the composition, the thing wouldn’t have happened.”

On the immediately identifiable ‘Nile Rodgers’ sound and style.

“Lately I’ve had people come up to me and say ‘give me that Nile Rodgers thing.’ When I did the last Keith Urban record, he said he was playing with people and kept saying give me that Nile Rodgers thing.’ Finally he said ‘why don’t I just call Nile Rodgers!’ The one thing that’s interesting and one I had never thought of until recently is that I play on all the records I work on. So if I’m working with an artist it’s like they’re allowing me join the band for that time.” 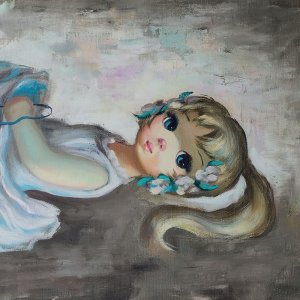 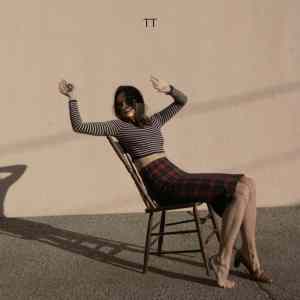