For anyone within earshot of music speakers around the holidays, one voice is often heard more than any other. Yes, Mariah Carey seems ubiquitous around the 25th of December.

So much so, in fact, that Carey is working to trademark the title “Queen of Christmas.”

But this move has irked some of her musical colleagues, namely singers Darlene Love and Elizabeth Chan, the latter of whom solely records Christmas music and is talking about lawyers now.

If Carey gets her way, no one else will be able to use the term “Queen of Christmas.”

Love, who sang on the seminal holiday album, Phil Spector’s Christmas Album, in 1963, and Chan, who is widely known as a singer-songwriter who only releases Christmas music each year, are going public with their anger over Carey’s move.

Chan’s lawyer filed a formal declaration of opposition to Carey’s trademark claim on Friday (August 12), Variety reports. And Love spoke out on Monday (Aug. 15) about it.

“Is it true that Mariah Carey trademarked ‘Queen of Christmas’? What does that mean, that I can’t use that title? David Letterman officially declared me the Queen of Christmas 29 years ago, a year before she released ‘All I Want for Christmas Is You,’ and at 81 years of age, I’m NOT changing anything,” wrote Love on Facebook. “I’ve been in the business for 52 years, have earned it, and can still hit those notes! If Mariah has a problem call David or my lawyer!!”

Offered Chan, “Christmas has come way before any of us on earth and hopefully will be around way after any of us on earth. And I feel very strongly that no one person should hold onto anything around Christmas or monopolize it in the way that Mariah seeks to in perpetuity. That’s just not the right thing to do. Christmas is for everyone. It’s meant to be shared; it’s not meant to be owned.

“And it’s not just about the music business,” Chan adds. “She’s trying to trademark this in every imaginable way—clothing, liquor products, masks, coconut milk—it’s all over the map. If you knit a ‘queen of Christmas’ sweater, you should be able to sell it on Etsy to somebody else so they can buy it for their grandma. It’s crazy—it would have that breadth of registration.”

Chan, who herself has been called “queen of Christmas” in the media, later used the title for a 2021 album. She says “All Access” first called her that about a decade ago. But it’s since gained more steam when, in 2018, the New Yorker profiled her, adding the headline, “The Queen of Christmas.”

Carey herself, Chan’s lawyer points out, has said she doesn’t want the title. But that seems to have changed.

“It’s classic trademark bullying,” Tomporos offers. “What they’re trying to say is we want a monopoly over a queen of Christmas in these 16 different classes of goods and hundreds and hundreds of different kinds of products. And so the idea that she’s saying that they haven’t used it before and have even rejected the title before, on the one hand, but now ‘I want it for everything’ on the other hand, is really inconsistent.”

Adds Chan, “In the Christmas music space, I’ve had top 10 singles (on AC charts) for the last eight years. That’s nothing to sniff at, and that’s hard for someone like me who is always up against the major labels. I’ve put so much into my dream and my career and trying to make something out of like nothing. I have none of the resources, but I have all of the heart, and I think that’s what’s helped me.” She says the trademark filing is “daunting and it’s scary, because I love what I do.

“But I think people may think that it’s just this artist versus this artist. That’s not what this is about.”

“The right thing for them to do, having seen the opposition, is to abandon this,” explains the attorney. “If they want to start selling ‘Queen of Christmas’ merchandise, fine—they can do it without the trademark.” 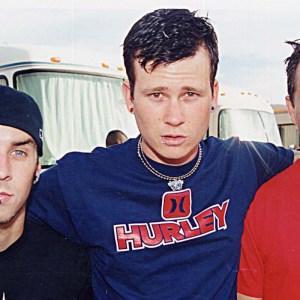 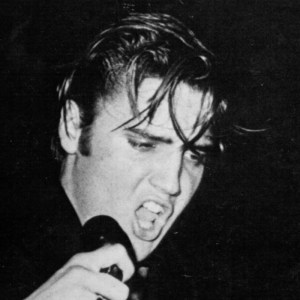