As American Songwriter reported, a Brazilian woman—Joice M. Figueiró—recently gave birth at a Metallica concert. (We hope they had earplugs for the little babe.)

Since then, the band’s frontman and lead singer James Hetfield has checked in on the couple.

Figueiró, who is a tattoo artist, was 39 weeks pregnant when she got her tickets punched to attend the concert on Saturday (May 7) at the Estádio Couto Pereira in Curitiba, which is both the capital and largest city in the Brazilian state of Paraná.

Figueiró gave birth to the new baby as Metallica finished their set with the hit, “Enter Sandman.”

To add to the story, Hetfield called the new mom to congratulate the couple and Figueiró recorded it for her Instagram story.

Said Hetfield, “This is James from Metallica. Congratulations, you guys.”

To which Mom replied, “Oh my God. Hi. I cry.” She told her followers that the chat lasted seven minutes and that she recorded it. “I have no more words,” she said.

In a recent interview with The Washington Post, she said she’s feeling “a mix of emotions.” And, she said, “Since it wasn’t planned, I was scared that the medical team wouldn’t be ready. But there’s also the feeling of being able to tell people that this happened because Metallica is one of the bands we love the most.”

Mom and Dad bought the tickets in 2019 ahead of the pandemic. The show was slated for April 2020 but it happened nearly two years later.

Metallica is set to play another show in Brazil on Saturday with U.S. dates to follow on May 27 and May 29.

See the video of Hetfield’s chat with Figueiró below. 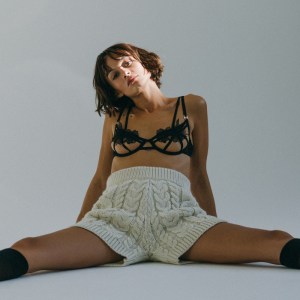 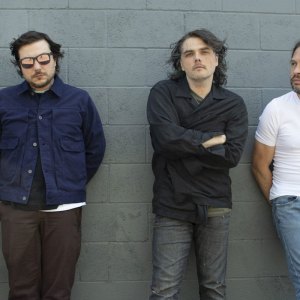