Hello and welcome back to our running series in which we share with you our favorite songs and music videos of the week.

In this week’s installment, we have new tracks from Wet Leg, Netta, Mandy Moore, The Weeknd, Jack White, Primus, and many more.

The buzziest band on Planet Earth released their debut self-titled LP today (April 8) and it’s a doozy! To celebrate the release, the band dropped the new music video for their single, “Ur Mum.” Rich with irreverence and musical prowess, this band will go as far as they want to. And we’ll be watching the whole way.

International pop star Netta released her latest single this week. That song, “I Love My Nails,” features the artist’s uncanny ability to write a song that sticks in your ears like scotch tape. With a giant voice and a work ethic that is unparalleled, Netta is here to stay and for that we’re grateful.

The world’s most dignified pop star, Alicia Keys, released her latest single and accompanying music video today (April 8) for the song “City of Gods (Part II).” The song showcases her smooth-yet-big voice, her piano playing prowess, and the wisdom that we all adore when it comes to the unparalleled musician.

The epic rocker released his latest LP, Fear of the Dawn, today. To celebrate, we wanted to share one of our favorite tracks from the album, “The White Raven,” which you can check out below (along with a visualizer video) in all of its distorted buzzy guitar glory.

The experimental band that sounds like an explosion of rubber bands going off in your brain released a new single this week. That song, “Conspiranoia,” displays frontman and bass player Les Claypool’s knack for making music that feels both made in a mad laboratory and in the center of your soul.

Burgeoning pop artist Allison Leah released her newest single today. The song, “Sorry For Myself,” demonstrates both innate talent and the product of hard work. Check out the artist, who just may become your new favorite, today.

In a cross nationality collaboration, Italian artist Matteo Bocelli and Colombian superstar Sebastián Yatra have come together for this new heartthrob single. Check out the new tune below and try not to swoon over the glorious vocalists and their tender tones.

Brooklyn, New York-born indie pop band Lucius released its latest LP, Second Nature, along with the band’s new single and accompanying visualizer music video for the titular song. It reverberates, swirls, and hangs like a hovercraft in your ears. Enjoy.

The Nashville-born band fronted by the city’s Big Bang incarnate released its latest single this week. The song, “Secret,” showcases Nordista Freeze’s versatility as a vocalist and as a producer. To see them live is to see a star implode on itself in the best of ways.

Elizabeth Fraser of Cocteau Twins and Damon Reece of Massive Attack have collaborated on a new single that the duo released this week. The song, “Sun’s Signature,” is an ethereal journey into your own psyche, courtesy of the musicians. Check out the mind-melding tune and let it whisk you away.

The multi-talented artist released her latest single this week. The song, “MIRROR,” also portends a new album, Ravage, out May 12. The artist’s new single is stirring, moving, and thought-provoking. It’s the soundtrack to the feeling of walking up to the Grand Canyon and seeing the giant unimaginable expanse right before you. Check it out now.

The pop artist released her newest single this week, “Forever,” which announces her new forthcoming album, Loner, out on May 6. Check out the new tune below and enjoy Wonderland’s delicate, piercing vocal atop the heart-pulsing beat. Feels like forever.

Bia and J Cole have collaborated on a new single, which is out today. The song, “LONDON,” showcases sensuality, and lyricism and gets your blood pumping. Check out the biting song featuring two of the most exciting emcees on the globe.

Everyones favorite burgeoning punk rock band, The Linda Lindas, released their debut LP, Growing Up. To celebrate the release, the band released a new visualizer video for their single, “Fine,” It’s two minutes of expressive, poignant splendor from a group that should be around for decade.

The top-notch rapper released his latest LP, Ramona Park Broke My Heart, and with it came a slew of excellent new songs. We wanted to share one of our favorites, “The Beach,” which displays Staples’ stellar knack at wordplay, storytelling, and his incredible, unique flow.

Grammy Award-winning standout rocker released his latest single and accompanying music video for the song, “Trudoo.” The song portends the artist’s forthcoming new LP, White Jesus Black Problems, which is out June 3. It also displays his knack for writing a song with a message.

Singer/songwriter Maggie Rose released her latest single, “That’s Where I Am,” as a preview of her new forthcoming record, Surrender, which is set to drop on July 29. Check out the new song and the fun accompanying music video from the burgeoning star.

Standout guitar player, songwriter, and performer Cory Wong announced his new forthcoming album, Power Station, which is out April 29. With that, he released the new titular single, as well. Check out the new tune below, which features an electric six-string and a big band to back up the accomplished artist.

Today, legendary country songwriter, Steve Earle, announced his next album, Jerry Jeff, which is out May 27 and is a tribute to the late artist Jerry Jeff Walker. To celebrate the news, Earle also released his latest single, “Gettin’ By,” which you can check out below in all of its raspy goodness.

Not for the faint of heart. Chlöe released her latest single and accompanying music video for the new song, “Treat Me,” which you can check out below. But make sure your heart is strong because there are musical and visual surprises around every corner. 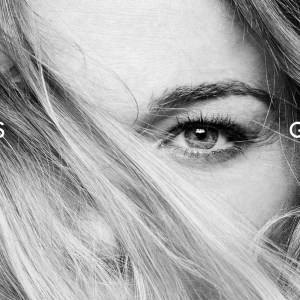 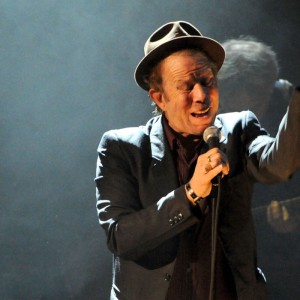