Carly Simon was among the 2022 class of Rock Hall of Fame inductees. Like her fellow icons, Simon was well-feted with a duo of tribute performances from Olivia Rodrigo and Sara Bareilles.

Bareilles took the stage first to sing Simon’s 1977 ballad and James Bond Theme “Nobody Does It Better.” Due to Simon losing both of her sisters to cancer recently – just a day apart – the singer did not attend the ceremony, leaving Bareilles to accept the award on her behalf.

Rodrigo then took the stage to perform Simon’s signature song, “You’re So Vain.” The 19-year-old singer has performed a string of tributes this year to her influences, including Alanis Morissette (who was previously rumored to be joining Rodrigo for the induction) and now Simon. Earlier this year, Rodrigo won Best New Artist at the Grammy Awards, exactly 50 years since Simon won the same award.

Rodrigo ran through the chiding song with ease as the audience joined in for the crowd-pleasing chorus: You’re so vain / You probably think this song is about you. Find a clip of the performance below.

Simon earned her induction after 26 years of eligibility. Her discography is home to a number of classic hits, including “Mockingbird,” “You Belong to Me” and “Let the River Run.”

Despite her storied catalog, “You’re So Vain” remains her top hit. Since its release, fans have theorized just who the song is about with Warren Beatty, Simon’s then-husband James Taylor, and Mick Jagger being the top guesses. Though she has never revealed the actual subject, she has confessed it is about more than one man.

A few days ago it was announced that Simon was set to release a recording of her Live at Grand Central Station surprise concert from 1995. The concert will be available on Blu-ray, CD, vinyl, and digital streaming platforms on January 27. 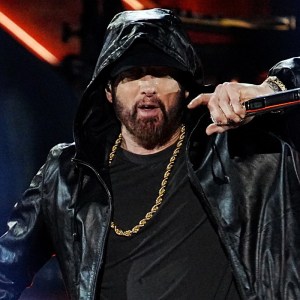