Country star Parker McCollum continues to tease music from his yet-to-be-announced, but long-hinted at forthcoming album. The singer recently shared an audio file and the caption, “Sneak Peak of the new album. This songs called ‘Lessons From An Old Man'” in a social media post.

Just in time for the holidays, he has gifted fans a glimpse at the unreleased song, “Lessons From An Old Man,” a tune with throwback country sounds and rich storytelling. Big high crown hat / And a beat up old Dodge / Could still smell the cigar / The diesel-burning hot / He leaned way on back / To take one more puff / He’d say, ‘I don’t know it all boy, but I know enough, he sings with a crystal clear twang.

Listen to the sneak peak, below.

This preview of “Lessons From An Old Man” follows his recently released track, “Stoned.”

In conversation with American Songwriter, McCollum explained his still-unnamed fourth album is “the same ole’ me: heartbreak, love songs, and everything going terribly wrong. I’ve tried to write about love going right but, it’s not as fun.

“When I was recording this album, I tried to throw in a couple of different things,” he continued to detail. “I just didn’t want to be pigeonholed into a certain sound or certain style. I give them 10 or 12 songs of what they expect and then one or two that come out of left field.”

McCollum’s breakthrough came with his third LP, 2021’s Gold Chain Cowboy. An American Songwriter review of the album reads: “[McCollum’s] good ole boy persona and arched attitude find an ideal mesh in his third outing to date, Gold Chain Cowboy, a set of songs that puts him in firm standing amongst today’s new country elite. Just 29 years old, he already wears enough grit and gravitas on his rolled-up sleeves to suggest he’s ready to tackle life’s challenges even when the odds appear stacked against him.” 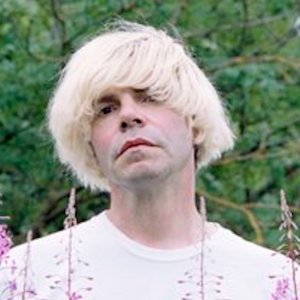