When you hear the Mariah Carey holiday staple, “All I Want For Christmas Is You,” do you wonder how that sleigh bell jangling, epic pop magic was made?

Hit-making songwriter and producer Walter Afanasieff joins the legendary musician Nile Rodgers for an episode of his Deep Hidden Meaning Radio to tell the story behind the iconic holiday tune and more. With piano close at hand during their conversation, Afanasieff walks Rodgers through “All I Want For Christmas Is You.”

“Ever since I was a young child, the thing that loomed over all our heads was that nobody would ever top Irving Berlin’s ‘White Christmas,” the host says, speaking on the undeniable hold a Christmas classic has during the most wonderful time of the year. “It was this record that came around every year, every year, every year. And then all of a sudden I saw ‘All I Want For Christmas’ starting to creep up on it. And I was like going, ‘Oh man, check this out.'”

In response to the song’s success, Afanasieff touches on this being its fourth consecutive year at No. 1 for the holidays. “Four years in a row, man,” he says. “I’m so blown away by that because it’s almost 30 years old, that song. And number one four years in a row.

“Somebody asked me, ‘How many number ones have you done?’ And I go, ‘Well, I’m trying to figure out what are the rules,'” the songwriter continues. “I had 13 number one songs, and then this song has gone number one four years in a row. So I figured that’s four more number ones, right? So I get to say I have 17 number ones.”

He detailed how “All I Want For Christmas Is You” came to be, describing, “The whole creation of ‘All I Want For Christmas Is You’ was fundamentally at the piano. The birth of it was at the piano. It’s a complex song. As easy as it is on the ears, it is pretty fairly complicated. It’s a very complex minor six and all kinds of cool things going on.”

Afanasieff plays the opening notes on his piano, going into the song’s explosive chorus. “So when we started doing this, what we wanted to do was a very simple old school rock and roll, kind of Phil Spectory kind of, I don’t know what mode,” he details the experience of collaborating with the pop star on what would became her greatest hit. “They stuck it on this album in 1994. And as far as I know, they tried to put out the single, ‘All I Want For Christmas Is You.’ At that time, it didn’t do nothing. And then like you said, for some reason, some mystical, cosmic, wonderful reason, this girl Mariah and her Christmas song just every year started getting more and more and more and more.”

Elsewhere in the episode, Afanasieff talks further about collaborations with Carey and composing her songs “Hero” and “One Sweet Day.” He also discusses working with pop icon Celine Dion to produce her mega-hits, “Beauty and the Beast” and “My Heart Will Go On.” The pair also recount their stories of working with the late Michael Jackson.

Tune in to the full conversation this Saturday (Dec. 17) at 6 a.m. PT / 9 a.m. ET, or listen on demand with an Apple Music subscription at HERE.

Check out their conversation on “All I Want For Christmas Is You,” below. 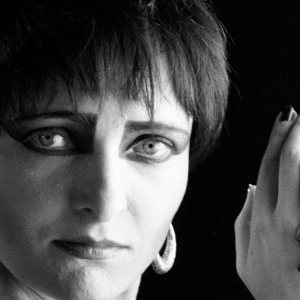 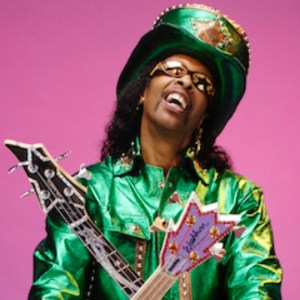