In a new clip of an interview with Big Boy TV, the rapper Latto, who boasts well over a million followers on Twitter, talks about a fellow artist who tried to get her to exchange sex for clearance of a verse of a track on her upcoming album.

In the clip Latto opens up about a male rapper, who had already recorded a verse for her song, giving her a hard time clearing the verse to use on her album. In exchange for the clearance, Latto says of the unnamed artist asked her for sex in order to clear it. In the end, it was cleared but not without great frustration on Latto’s behalf.

In the clip, which you can watch below, Latto says, “These men, you know what I’m saying? They don’t know how to keep it business… So, I don’t care, baby I’m just going to keep it 100. It’s a feature on my album—it was difficult to clear. And they, like, trying to drop they nuts on me [engage in sex] because I won’t respond to a DM.”

This admission was met with shock from the interviewers.

Latto continued, “I loved the song so much and I had to turn it [the album] in yesterday, so I didn’t really have a choice. I was backed into a corner, bullied. But I wish more females would speak up on stuff. I know the label said don’t do that [out people] it’s bad business, whatever. Man, these folks be trying to drop nuts on female rappers. I’m not going to shut up about it.

She added, “We tolerate too much. We think, ‘Oh, well that just come with the game, being a female rapper.‘’ No, it shouldn’t though. It shouldn’t… You know you ain’t doing that to your fellow male rappers. Like, c’mon.”

Latto did not give the name of the artist who tried to extort her, but he is still on her upcoming album, 777, which drops on March 25.

Check out Latto’s recent single “Wheelie” from the rapper below. 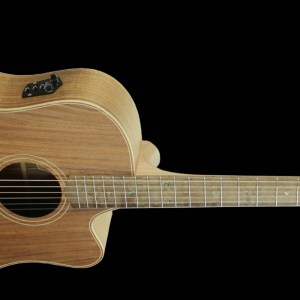