“What a beautiful tribute to the legendary @LorettaLynn by @MirandaLambert, @Reba McEntire and @CarrieUnderwood to kick off the #CMAawards,” wrote the official Twitter handle of the Country Music Awards on Wednesday night (November 9).

And, well, they weren’t lyin’.

The trio of country stars, who boast some 30 CMAwards between them, paid tribute to the late country legend Loretta Lynn to open the awards ceremony on Wednesday night. Lynn died on October 4 at the age of 90.

It’s not often you can get Reba McEntire, Carrie Underwood, and Miranda Lambert on stage together and when they do, they wow. Check out a clip of the performance below, during which the multigenerational trio sing Lynn’s songs.

Together, they represent several eras in country music, marking its strength throughout. A perfect way to honor the legacy of Lynn. The show’s opening medley saw Underwood sing “You Ain’t Woman Enough,” Lambert singing, “Don’t Come Home A Drinkin'” and McEntire offering “You’re Looking At Country.” They concluded with “Coal Miner’s Daughter.”

Robert Deaton, CMA’s executive producer, said that “over the last 20, 30 years, Carrie, Miranda, and Reba are three of the most important artists in our genre. But it’s not just that—all three were close to Loretta. I wanted the artists for this tribute to think, ‘There’s no way I wouldn’t do this.’ And that’s exactly what happened. They knew Loretta, adored her, and revered her, and all of those things. I knew that each of them would feel honored to be a part of this tribute.”

Added CMA CEO Sarah Trahern, “Loretta was such a beloved figure in our genre that I’m sure every single artist would sign up to pay tribute to her. She was ahead of her time, and you see her spirit in so many artists today — especially Miranda, Reba, and Carrie. Each has such an authentic love for the history of this format, and each jumped at the opportunity to honor a woman they so deeply loved and admired. You’ll see on Wednesday night — the opening is such a fitting tribute to Loretta’s legacy, and we are honored to have the chance to bring these three women together to deliver it.”

This year is also the 50th anniversary of Lynn winning Entertainer of the year at the CMAs in 1972. She was the first woman to earn that honor.

Said Lynn then during her acceptance speech, “I’d like to say that I’ve won many awards, and this is one that I have been nominated for, but I never did get. And this, I think, is the only one that I haven’t gotten. I’m real happy, but the only thing that I’m kind of sad about is my husband going hunting. He couldn’t make it back in to share my happiness with me. Thank you.” 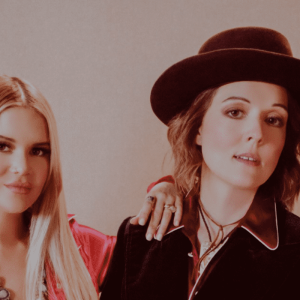 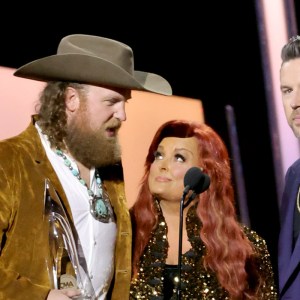