Rage Against the Machine’s bassist Tim Commerford has announced a new band, 7D7D, and debuted the group’s new single, “Capitalism.”

Along with Commerford, the group includes drummer Mathias Wakrat and guitarist Jonny Polonsky. Commerford played with Wakrat in Wakrat’s self-titled band, which released one self-titled album six years ago. Commerford and Polonsky know each other from their time in the industry. Polonsky has played with Rage’s Tom Morello in other capacities.

Whereas the bass player comes from the rock lineage of Rage, the new project is a bit alt, even jazzy. Its subject matter—the current economic system du jour—remains in line with RATM’s content.

Commerford may have lots of time to work with the new band, as Rage, which doesn’t play that much publicly, to begin with, is currently on a hiatus as frontman Zack de la Rocha recovers from a torn Achilles tendon, which he incurred during the band’s recent summer reunion tour. The injury has cancelled their 2023 plans for hitting the road, too.

The band announced the cancellation of those dates earlier this year, with de la Rocha saying, “It’s been almost three months since Chicago, and I still look down at my leg in disbelief. Two years of waiting through the pandemic, hoping we would have an opening to be a band again and continue the work we started 30-some-odd years ago. Rehearsing, training, reconciling, working our way back to form. Then one and a half shows into it and my tendon tears.”

“Felt like a sick joke the universe played on me,” he continued. “As I write this, I remind myself it’s just bad circumstance. Just a fucked up moment. Unfortunately, it is a moment that requires a lot of work and healing. I have a severe tear in my left Achilles tendon and only 8 percent of my tendon was left intact. And even that portion was severely compromised.

“It’s not simply a question of being able to perform again but extends to basic functionality going forward. That’s why I’ve made the painful and difficult decision to cancel the remaining shows on our 2023 North American leg.”

Check out the new single, “Capitalism,” from 7D7D below. 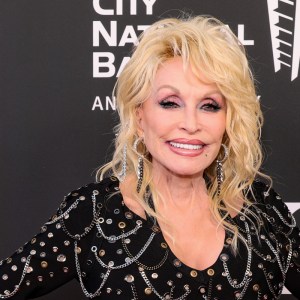