For someone who has admitted to writing nearly 3,000 songs, when asked to name the favorites that she wrote, Dolly Parton narrowed it down to a modest three during an interview on The Late Show with Stephen Colbert in 2020.

Parton shared her three favorites, and many of her biggest hits like “Jolene,” “9 to 5,” “Here You Come Again,” or her Kenny Rogers duet, “Islands in the Stream,” didn’t make the cut. Sharing her top three, Parton added that some of her other favorites are lesser-known tracks that may not be familiar to most people.

“Of course ‘Jolene’ is everybody’s favorite, and I enjoy singing that one, but most of my songs that I love the best are songs that nobody’s ever heard of, ” she said, “so to talk about them, they wouldn’t even know what I’m talking about.”

Colbert shared that his favorite Parton song was “Butterfly,” off her 1984 album, Love is Like a Butterfly.

“I just enjoy a lot of the stories,” said Parton. “That’s why I’m a song teller.”

Aside from some of her more well-known hits, one of Parton’s all-time favorite songs is one that DJs refused to play on the radio when it was released in 1970.

Off her fifth album, The Fairest of Them All, which peaked at No. 13 on the Billboard Top Country Albums chart, “Down From Dover” tells the story of an unwed young woman who is rejected by her family and lover after becoming pregnant. The story takes a sad turn as the narrator delivers her child, which it turns out is stillborn.

At the time of release, Parton said that “Down From Dover” was so controversial, and her mentor, the late Porter Wagoner, warned her that she would never get songs like that on radio. He was right.

“Back at the time when I put it out on a record, they wouldn’t play it on the radio,” said Parton. “Lord, now you can have a baby right on television. It’s all different.”

Parton added, “I really love some of my songs like that, that tell stories.”

Over the years, “Down From Dover” has been covered by Skeeter Davis in 1970, Nancy Sinatra, and Lee Hazlewood in 1971. Marianne Faithfull also covered the Parton song “Down From Dover” on her 2008 covers album, Easy Come, Easy Go, while Parton’s younger sister Stella even took a stab at it in 2016. Parton also re-recorded the song in 2001 for her album Little Sparrow.

I found a place to stay out
On a farm takin’ care of that old lady
She never asked me nothin’
So I never talked to her about my baby
I sent a message to my mom
With a name and address of Miss. Ol’ Grover
And to make sure he got that information
When he came down from Dover

Written by Parton on the back of a dry cleaning receipt while she was on tour with her longtime business partner and mentor, Porter Wagoner, the song became the title track of her eighth album. “Coat of Many Colors” is the real-life story of how her mother stitched together a coat for her out of rags and told her the story of Joseph, in the bible, and his coat of many colors.

Parton has often cited “Coat of Many Colors” as one of her favorite songs that she has ever written.

“My favorite, favorite song from a very personal level is ‘Coat of Many Colors,'” shared Parton, who added that the song is often used to teach grammar in schools in Tennessee as well as anti-bullying. “It’s kind of a signature song of mine and it’s more than just about the little coat. It’s about my mom, it’s about family, it’s about acceptance, it’s about tolerance, and even speaks to bullying—you know, kind of how the kids made fun of me at school.”

She added, “They use that little song about not making fun of people, but it’s okay to be different. We are who we are and we need to accept and love each other. That one I certainly love because of my mom and it’s a true story and I have treasured memories of that.”

As she sewed, she told a story
From the Bible, she had read
About a coat of many colors
Joseph wore and then she said
Perhaps this coat will bring you
Good luck and happiness
And I just couldn’t wait to wear it
And momma blessed it with a kiss

Read more about the meaning behind the “Coat of Many Colors,” HERE.

Though she famously wrote two of her biggest hits, “Jolene” and “I Will Always Love You” on the same day, it’s the latter song that Parton has a deeper connection to, and one she said provides the biggest range for her.

“All singers love to have a song that you can sing tender, and then you can go big if you want to,” said Parton. “You can sing loud or show how much volume you know you have, and how much range and all. So I would think that ‘I Will Always Love You’ is really good for that, because I can sing it little, or I can sing it big.”

She added, “It’s not just because I wrote them, but that one is real special.”

If I should stay
Well I would only be in your way
And so I’ll go, and yet I know
I’ll think of you each step of the way

Bitter-sweet memories
That’s all I’m taking with me
Good-bye, please don’t cry
‘Cause we both know that I’m not
What you need

Parton wrote and recorded “I Will Always Love You” in 1973 as a goodbye to her former mentor and business partner, the late Porter Wagoner. The two performed as a musical duo throughout the late 1960s and ’70s. Wagoner also featured Parton on his television show in 1967.

Throughout the years, Parton also revisited the song, re-recording it in 1982 for the soundtrack to The Best Little Whorehouse in Texas and again as a duet with Vince Gill in 1995, but it was Whitney Houston’s version of the song, featured in the 1992 film The Bodyguard, that made the song a mega-hit.

Read our full story behind the meaning of “I Will Always Love You,” HERE.

Find out the story behind why Dolly Parton refused to let Elvis Presley record “I Will Always Love You,” HERE. 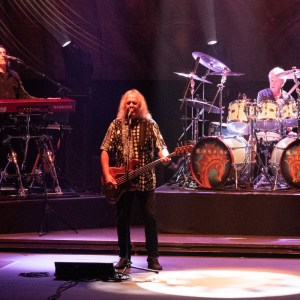 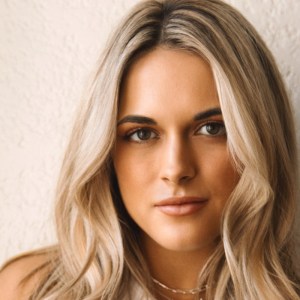