By the time he was 16 years old, Paul Anka had his first charting single. At 14, he recorded his first song, “I Confess,” with $100 he borrowed from his uncle. Anka used the recording to audition at ABC Records and later released the loving ballad “Diana” in 1957, about a girl he liked in church but barely knew. The song reached No. 1 in the U.S. and Canada.

The young Anka, born on July 30, 1941, in Ottawa, Ontario Canada, built up his fan base performing early on as a frequent guest on Dick Clark’s American Bandstand, and went on to write and record a collection of his own hits, including “Put Your Head on My Shoulder,” “Lonely Boy,” and “(You’re) Having My Baby.”

He would also write the theme song to The Tonight Show Starring Johnny Carson, “Johnny’s Theme,” which officially began airing in 1962, and even acted in a number of films and on television (That ’70s Show, Gilmore Girls).

Some of Anka’s songs also became hits for other artists who covered them, like Tom Jones’ 1971 rendition of “She’s a Lady,” and everyone from Barbra Streisand, Linda Ronstadt, Nina Simone, Robbie Williams, and more have performed and recorded Anka’s songs over the decades.

Throughout his career, Anka has had chart-topping singles spanning 37 years and was inducted into the Songwriters Hall of Fame in 1993.

Over the decades, Anka also wrote songs for other artists, including the classic crooner “My Way,” which became Frank Sinatra’s signature song. Later recorded by Elvis Presley, “My Way” even became a hit for Sex Pistol Sid Vicious in 1979.

Writing for everyone from Buddy Holly and Gladys Knight to The Doobie Brothers and more from the late ’50s through 1980s, here’s a look at six songs Anka wrote for other artists.

Recorded on Oct. 21, 1958, in New York City, Paul Anka wrote the pop ballad “It Doesn’t Matter Anymore” specifically for Buddy Holly. The song was released less than a month before Holly was killed in a plane crash on Feb. 3, 1959, and reached No. 13 on the Billboard Hot 100 chart shortly after his death. It was Holly’s last Top 20 hit in the U.S.

Anka donated his royalties from the song to Holly’s widow María Elena. “‘It Doesn’t Matter Anymore’ has a tragic irony about it now,” said Anka, “but at least it will help look after Buddy Holly’s family.”

There you go and baby here am I
Well you left me here so I could sit and cry
Well, golly gee what have you done to me
Well I guess it doesn’t matter anymore

Do you remember baby, last September
How you held me tight, each and every night
Well oops-a-daisy, how you drove me crazy
But I guess it doesn’t matter anymore

Dozens of artists have covered the Holly hit over the past six decades, including Anka on his 21 Golden Hits album in 1963; Don McLean on his 1978 album Chain Lighting; and most recently by Lucius for their album, Wildewoman, released in 2014.

In 1960, Annette Funicello released an album of songs written entirely by Paul Anka. A Mouseketeer on the very first Mickey Mouse Club, Funicello went on the star in a number of “Beach Party” movies with Frankie Avalon and also released a collection of albums and singles throughout her career, including Annette Sings Anka in 1960. The album featured some covers of Anka’s previously released songs as well as original tracks like “Train of Love.

Oh the train of love keeps a movin’ on down the track
Well I left so fast that I even forgot to pack
Well I called my baby on the telephone
Told him to meet me at the station, ’cause I’m coming home.

Woo woo, shovel more coal in the fire
Well I’m coming home..home to my desire
Well I miss him so, how much you’ll never know
And when I get back I’ll never let him go

Funicello continued starring in beach-genre movies through 1989. She died from complications of multiple sclerosis at the age of 70 in 2013.

Paul Anka wrote “I’m No Anyone” for Sammy Davis Jr., who released it in 1973 as a B-side to “(I’d Be) A Legend in My Time.” The two even performed the song as a duet on Davis Jr.’s TV special, Sammy! Shirley Bassey covered the song in 1974. Anka and Davis Jr. also worked together more than a decade earlier when they co-wrote “Everybody Calls Me Joe,” released by Davis as a B-side to the single “The Fool I Used to Be” in 1962.

I’m not anyone
No not just anyone
I have the right to leed
A life fulfilled with every need
I’m not any man
Designed to fit someones plan
I have my own desires
Of the things a man aspires
I’ll not be used
Misled, decieved or abused
No sir not me
I am free

Though Gladys Knight was the first to record the Paul Anka song “It’s Me Again,” during sessions for her self-titled second album in 1979, it wouldn’t get released until an expanded version of the album was reissued in 2014. Brazilian singer Roberto Carlos recorded the song and released it first in 1981 on his self-titled album.

5. “Dedicate This Heart,” The Doobie Brothers (1980)
Written by Paul Anka and Michael McDonald

A decade after The Doobie Brothers were guests on Paul Anka‘s musical variety show, Midnight Special, Michael McDonald co-wrote the title track for Anka’s 1983 album, “Walk a Fine Line.” A few years earlier, Anka also co-wrote “Dedicate This Heart” for The Doobie Brothers’ 1980 album, One Step Closer. The song was later covered by Dionne Warwick on her 1981 album, Hot! Live and Otherwise.

Originally recorded in 1983, following the Thriller sessions, Michael Jackson co-wrote “Love Never Felt So Good” with Anka, but it was never released. In 2014, five years after Jackson’s death, the song was released as the first single off the Xscape album, a collection of songs recorded from 1983 through 1999. (Anka and Kathleen Wakefield also reworked the lyrics for Johnny Mathis to record the song in 1983.) The original version of “Love Never Felt So Good” featured Jackson’s vocals, finger snaps, and Anka on piano.

A second remixed version of the track, also released in 2014, was produced by Timbaland and J-Roc and featured Justin Timberlake in a duet with Jackson. The updated version of “Love Never Felt So Good” reached No. 9 on the Billboard Hot 100 and hit the Top 10 in multiple countries making Jackson the first artist to have a top 10 single on the chart in five different decades—six decades, including his chart history with Jackson 5. 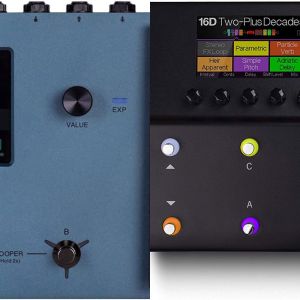