Blake Shelton performed “Come Back as a Country Boy” for the first time on The Voice during the Season 21 Top 8 Elimination on Tuesday, Dec. 7.

Joined by his backup band and surrounded by smoke and the “burning” video as a backdrop, the stage was set much like his fiery video, complete with pyrotechnics as he strummed his guitar.

An ode to his country pride, Shelton sang through the brooding single When I die I wanna come back as a country boy / No, there ain’t no better life if you ask me / If my neck don’t come out red, then Lord, just keep me dead / ‘Cause a country boy’s all that I know how to be.”

Co-written by Jordan Schmidt, Josh Thompson, and Hardy, “Come Back as a Country Boy” is one of four new songs Shelton added to the extended version of his most recent album Body Language and follows the previous Top 10 single “Minimum Wage.”

Throughout the result show, coach John Legend performed his new holiday song, “You Deserve it All, and Carly Pearce made her debut on The Voice, opening the show with her hit “29.”

Leading up to the finale of The Voice on Dec. 14 with the Top 5, three more contestants were eliminated during the episode, including Blake Shelton’s Lana Scott, Joshua Vacanti of Team Legend, and the final act from Team Ariana, Jim and Sasha Allen, leaving the coach out of the running for the finale. 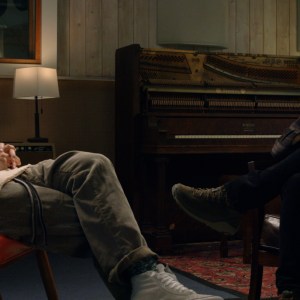 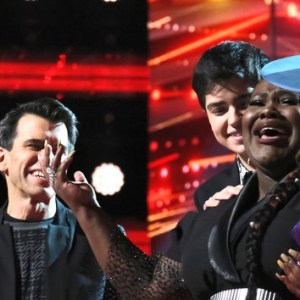