It’s possible that Brooks & Dunn were “tricked” into getting together, but in the end, it all worked out. Initially introduced by Tim DuBois, before Kix Brooks and Ronnie Dunn—who had already been running around the Nashville scene with their own music—knew it, they were writing together.

“I don’t know if he even knew what he was up to when he introduced us,” said Dunn during a recent interview with I Miss…90s Country Radio with Nick Hoffman on Apple Music Country. “He probably did, but he made it seem very innocent. He played a few of Kix’s songs for me, and I liked them, and then the next thing we know, he’s asking us to write a few songs together.”

At first, both were pretty skeptical of the idea at the time. They had been around the block with record deals in Nashville and had nothing to lose. “So we said, ‘okay,’ and we screwed up that week and wrote what became our first two number one songs,” said Brooks during the interview. “Next thing we know we’re like ‘This didn’t make any sense at all—just never should have worked—a duo [that] still don’t sing harmonies very good.”

By the time 1991 rolled around, Brooks & Dunn had their debut Brand New Man, along with memorable single “Boot Scootin’ Boogie,” the duo’s cover of the Asleep at the Wheel track released a year earlier, which sparked a renewed interest in line dancing at the time.

“I think it was a real blessing to us that, that wasn’t our first single, because we really had some legs underneath this when that single happened… and it wasn’t like we were seen as a dance band or country dance band or anything like that,” said Brooks. “I think people thought we had some credit at that point.”

By the time their follow up Hard Workin’ Man was out in 1993, the duo were on fire, and it wasn’t just Brooks’ “flaming” outfit on the cover. “I can remember our manager at the time, Bob Titley, when we shot that album cover going ‘There’s going to be a time in your life you’re really going to regret wearing that stuff,’” remembered Brooks of the flame design shirt he chose to wear on the album cover. “I’ve always had an obnoxious component to my thing, and I don’t apologize for it.”

At the time, Dunn was having his house painted, and he noticed that the painter had a collection of “Hard Workin’ Man” bumper stickers all over his truck. “I figured, ‘okay, we’ve hooked another one,’” said Dunn.

Being the main singer of the two was a natural choice for both. “I wanted to sing, but Ronnie’s such a good singer,” said Brooks. “You take a bruise on your ego and you go, ‘Okay, we got a band here. Are we in business or not?’ It’s not like I didn’t get a lick in here and there. I think it gave us, as a duo, a little depth. It still does.”

When Borderline, the duo’s fourth album, arrived in 1996, their cover of “My Maria” was a standout, and one to this day people think was written by Brooks & Dunn. Originally penned by B.W. Stevenson and Daniel Moore and released in 1973, “My Maria” is a track Dunn didn’t want to record because of its falsettos and he heard it more as rock song. The duo re-recorded “My Maria” with Thomas Rhett for their 11th album Reboot in 2019.

“I’ve heard him sing this probably more than anybody at this point,” says Brooks, who convinced Dunn to re-record the song again. “He didn’t want to cut it in the first place and to his credit, he went back and did it again. I was so excited to hear that record the second time.”

Brooks added, “I read some article the other day that said, ‘It was Brooks & Dunn’s most defining song, and that’s probably one of the few that we did not write, so it kind of hurt my feelings, but I’m over it.”

Covers or not, Brooks & Dunn have solidified a legacy of making timeless music, which is all they originally set out to do from the start. “That’s all you can ask for, because you know you’re going to get older, you’re going to look older,” says Dunn, “but if that music can hang around and do its job, then you made your mark.”

“Occasionally, a flame shirt comment will come up, but the music is what people are talking about,” says Brooks. “I think that’s the greatest compliment to both of us.” 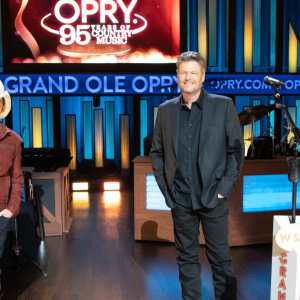 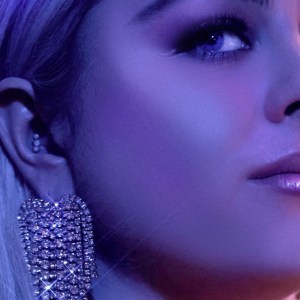