Every Nov. 1, the Queen of Christmas, Mariah Carey, sets her vocal cords on defrost to once more shatter eardrums with the ever-cheerful, but inescapable come December, tune, “All I Want for Christmas Is You.”

Reigning holiday royalty Carey welcomed the season and officially marked her annual return with a video posted to her Instagram. “IT’S TIIIIIIIIME!!!!!!!! #MariahSZN,” she wrote.

Aside from her usual holiday takeover—in the past consisting of hogging the airwaves with her 1994 Christmas classic, putting on TV specials, infiltrating McDonald’s with Mariah-themed menus, and more – the pop icon is set to host four holiday concerts and release a children’s book, The Christmas Princess.

“I’m trying to make [these shows] as magical as possible,” she told USA Today in an interview dishing on all her holiday affairs. Her upcoming “Merry Christmas to All!” concerts will take place in mid-December at New York City’s Madison Square Garden and Toronto’s Scotiabank Arena.

She continued: “Oftentimes as a child, or even throughout earlier parts of my career, I did not feel loved. I certainly never felt unconditional love, and that’s what I have with my fans: that connection. So I’m extremely excited.”

She also hopes to show that connection in The Christmas Princess. The heartwarming children’s tale, co-written with Michaela Angela Davis, follows a young girl, Little Mariah. USA Today describes the character as living “in a rundown shack with her overworked mom, Mother La Diva. She gets bullied by neighborhood kids and longs for Christmas cheer to help brighten her gloomy life. But through singing, she soon discovers her power to spread joy and unite people.”

“It’s a short little book, but it really does have a deeper meaning,” she said of The Christmas Princess. It’s a similar meaning echoed in her 2020 memoir, The Meaning of Mariah Carey, in which she recounts growing up biracial with a white mom and Black dad.

“The constant question was, ‘What are you?’ Not ‘who are you?’ but ‘what are you?'” Carey explained. “It made me feel like a thing – it did not make me feel like a human being. That was mainly the reason I wrote (‘Meaning’): to emancipate my little girl self. And she’s never really left me.”

The singer told the outlet she wrote The Christmas Princess for “all the people who have ever felt othered.” She even begins the book with a letter to her younger self: “No matter what things look like now, you are worthy and deserving of all the attention, love, protection, care, conditioner, and fancy dresses in the whole wide world.”

Get in the holiday spirit the way Mariah Carey intended. Listen to “All I Want for Christmas Is You,” below. 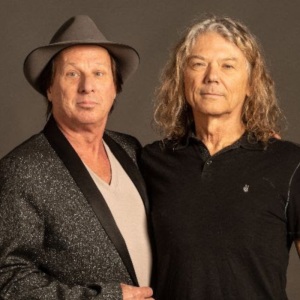