Alice Cooper might’ve shocked and delighted the world in 1973 when he rebelliously declared that there’d be “No More Mr. Nice Guy,” but these days, he’s going viral for the opposite reason—on Monday (Dec. 20), the now-73-year-old rocker’s name was trending on Twitter thanks to a viral photo of him giving back to his community.

Showing Cooper serving a plate of food for a child, the photo is a great encapsulation of the “School’s Out” singer’s famous sense of charity… even if it isn’t exactly recent. A quick Google reverse image search reveals that the photo is a bit older—probably from the early 2010s—and just happened to take off when it was posted again this week. Nonetheless, folks’ appreciation for celebrities giving back a helping hand is an indication of how valued that sense of camaraderie is in the post-COVID world.

These days, the main vehicle for Cooper’s charity is his Solid Rock centers in the Phoenix metro area, which provide free music, dance, and art lessons and an invaluable sense of community for thousands of teens. He also hosts the annual Christmas Pudding concert in Phoenix, which brings together stars from around the world to raise funds for the same cause.

“When you’re a teenager, you’re going through lots of changes—that’s a very dangerous age,” Cooper said in a 2020 video for Solid Rock. “Anybody from Paradise Valley in the most expensive house or somewhere out in the ghetto has the same problem. So, what’s the cure to that? We believe in the youth, we believe that you believe in the youth. You want to see these kids flower and blossom and become great, great people. The only way to do that is to support them. Encourage them—come down and watch them play, watch them work, watch them get better. Then, in the end, what do you get? You get a great big garden of flowers, and they’re all talented, beautiful and great.”

Even in 2021, after over a year of COVID-related complications for the live entertainment industry, Cooper and his team brought the Christmas Pudding to life once again. The show this year—which was held in Phoenix on December 4—featured Ace Frehley, Ed Roland of Collective Soul, Orianthi, Mark McGrath of Sugar Ray, Felix Cavaliere of The Rascals, Sixwir, and of course, Cooper himself.

So, while the viral photo of Cooper might not be exactly “new,” it’s just as powerful. Maybe sometimes, the world doesn’t need an excuse to celebrate camaraderie—it just needs good folks like Cooper to help spread it. 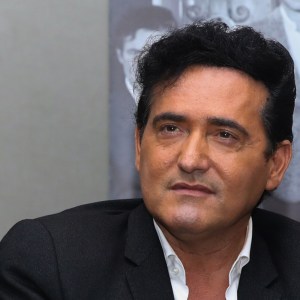 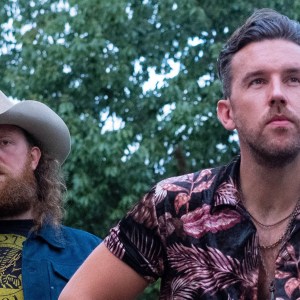