As one of the most enduring figures in hard rock and heavy metal, from his groundbreaking era of Black Sabbath in the late 1960s through the ’70s, before branching out on his own iconic, now legendary, solo career by the 1980s, Ozzy Osbourne’s songwriting has created one metal masterpiece of a songbook.

Out of the gate with “Crazy Train” and “Mr. Crowley,” Osbourne’s 1980 debut Blizzard of Oz was the start of a beautiful writing relationship with his late guitarist Randy Rhoads. The pair, along with bassist Bob Paisley and late drummer Lee Kerslake, would go on to write one more album together, Diary of a Madman, before Rhoads’ died in a plane crash in 1982 at the age of 25.

Adding on a thick string of collaborations throughout his solo career—from the 1988 power ballad duet “Close My Eyes for Ever” with Lita Ford, and “Hey Stoopid” with Alice Cooper (1991), to “Take What You Want” with Post Malone in 2019, among others—would go on to release a collection of successful albums, from Bark at the Moon (1983) through his 13th Patient Number 9, in 2022, the latter featuring his guitarist Zakk Wylde (Black Label Society), Black Sabbath guitarist Tony Iommi, and Jeff Beck.

Earning four Grammy Awards throughout his career, in 2006 Osbourne was also inducted into the Rock & Roll Hall of Fame.

To honor the Prince of Darkness, here’s a chronological look behind 10 of Osbourne’s songs, pulled from his extensive run from the ’80s through 1990s, that need a listen—even if you’ve heard some a million times.

Blizzard of Oz is known for introducing the world to one of the greatest guitarists of all time, Randy Rhoads, as much as it is for its blistering headbangers, including Osbourne’s debut solo single “Crazy Train.” Starting with one of the most iconic guitar solo openings of all time, “Crazy Train” delves into the longstanding fears surrounding the Cold War (1947-1991)—I’ve listened to preachers / I’ve listened to fools / I’ve watched all the dropouts / Who make their own rules / One person conditioned to rule and control / The media sells it, and you live the role.

Osbourne later released an official video for “Crazy Train” on his 2014 release Memoirs of a Madman—the title pulled from the 1838 autobiography, Mémoires d’un fou, by famed French writer Gustave Flaubert—featuring a live version of the track with Rhoads on guitar.

Crazy, but that’s how it goes
Millions of people living as foes
Maybe it’s not too late
To learn how to love
And forget how to hate

Swept around Rhoads’ mind-bending solos, “Mr. Crowley” was inspired by British occultist and writer Aleister Crowley, who also had a profound influence on Jimmy Page—who once purchased the home (The Boleskine House) where he performed his magic in the Scottish Highlands.

Mr. Crowley, what went on in your head?
Oh Mr. Crowley, did you talk to the dead?
Your lifestyle to me seemed so tragic
With the thrill of it all
You fooled all the people with magic
Yeah, you waited on Satan’s call

Mr. Charming, did you think you were pure?
Mr. Alarming, in nocturnal rapport
Uncovering things that were sacred
Manifest on this Earth
Ah, conceived in the eye of a secret
And they scattered the afterbirth

A song about drugs, “Flying High Again,” off Diary of a Madman, was a blatant homage to getting high. In the earlier days, Osbourne would even encourage the audience to join him on the “flight” screaming “Keep on smoking those joints.” In 2021, marking the 40th anniversary of the release of the track, Osbourne released an official music video for the song featuring old photographs and footage of Rhoads.

I can see through mountains, watch me disappear
I can even touch the sky
Swallowing colours of the sound I hear
Am I just a crazy guy? You bet

Momma’s gonna worry
I’ve been a bad, bad boy
No use saying sorry
It’s something that I enjoy

Multiple tracks from Osbourne’s first two albums hit the list for the songwriting and equally for Rhoads’ jaw-dropping solos. Kerslake’s drums and Rhoads’ chugging guitar open Diary of a Madman with “Over the Mountain,” which alludes to one’s spirit traveling outside of the body.

Over and over, always tried to get away
Living in a daydream, only place I had to stay
Fever of a breakout burning in me miles wide
People around me talking to the walls inside

The first single, and title track, off Osbourne’s third album, “Bark at the Moon” is another scorching banger. The first new music following the death of Rhoads, the memorable music video features a Dr. Jekyll-like Osbourne transforming himself into a werewolf. Though the song is credited solely to Osbourne, guitarist Jake E. Lee and bassist Bob Daisley also had a hand in writing the track.

Though its Osbourne’s least favorite album, The Ultimate Sin did birth the closing track, “Shot in the Dark,” co-written with new bassist Phil Soussan, who originally penned the song with his former band Wildlife in 1983. The band recorded a demo of “Shot in the Dark” but never officially released it. The song has since been deleted from many reissues and compilations due to songwriting credit disputes by former members of Wildlife, including Steve and Chris Overland, keyboardist Mark Booty and Bad Company’s Simon Kirke.

Despite his disdain around the production of the album, “Shot in the Dark” was Osbourne’s first single to chart on the Billboard Hot 100.

“The songs weren’t bad,” said Osbourne in an interview in 2019. “They were just put down weird. Everything felt and sounded the fucking same. There was no imagination. If there was ever an album I’d like to remix and do better, it would be The Ultimate Sin.”

By the time Osbourne’s sixth album, No More Tears, came around—and the second featuring new guitarist Zakk Wylde, following No Rest for the Wicked in 1988—it marked a new era for the dark prince. Backed by a sinister keyboard and crunching guitar riffs, the title track reached No. 5 on the Mainstream Rock Tracks chart. “No More Tears” is also the longest song Osbourne ever recorded, within his solo catalog, clocking in at 7 minutes and 23 seconds. (“Patient Number 9” is a close second at 7:21 minutes.) Osbourne said the song, which is about a serial killer, was a “gift from God.”

The light in the window is a crack in the sky
A stairway to darkness in the blink of an eye
A levee of tears to learn she’ll never be coming back
The man in the dark will bring another attack
Your momma told you that you’re not supposed to talk to strangers
Look in the mirror, tell me, do you think you life’s in danger, yeah?

Though “Mama, I’m Coming Home” is somber in tone, it reveals a more enlightened state for Osbourne and the realization that he would be dead if he didn’t get sober. Dedicated to his wife Sharon, who stuck by him through all his crazier days, the power ballad showed a surprisingly softer side of Osbourne.

You took me in and you drove me out
Yeah, you had me hypnotized, yeah
Lost and found and turned around
By the fire in your eyes

Though never released as a single, “Hellraiser” could make some heavy metal hairs on the body stand. Also off No More Tears, “Hellraiser” was co-written by late Motörhead singer and bassist Lemmy Kilmister, who helped write “Mama, I’m Coming Home.” Motörhead also recorded and released “Hellraiser” as a single off their 1992 album March ör Die. Coincidentally, the Motörhead album also features Osbourne on backing vocals (with Slash on guitar) on the track “I Ain’t No Nice Guy.”

A new video for “Hellraiser” featuring the previously unreleased, mash-up of the song recorded by Osbourne and Kilmister was released in 2021 to commemorate the 30th anniversary of the album. The video follows animated versions of Kilmister, who died in 2015, and Osbourne hanging out at Kilmister’s old haunt the Rainbow Bar And Grill before being transported to an alien invasion where they both save the world.

I’m living on an endless road
Around the world for rock ‘n’ roll
Sometimes, it feels so tough
But I still ain’t had enough

Another power ballad extraordinaire, “I Just Want You,” off Osbourne’s 1995 album Ozzmosis, joined tracks “Perry Mason” and “See You on the Other Side” as the main singles. The album, which was produced by Michael Beinhorn and also features Black Sabbath bassist Geezer Butler, was certified double platinum and sold more than three million copies. 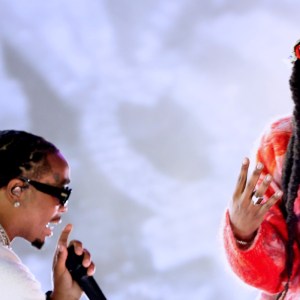 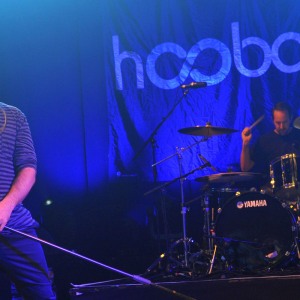