Though vocalist Damiano David and his ass-less chaps were not.

According to reports, De Angelis’ top fell off during the band’s onstage performance during the awards show, during their rendition of the song, “Supermodel,” which led MTV to cut back and forth between the band and strangely-timed audience shots.

De Angelis is regularly playing her bass while donning loose clothing (shirts or jackets) over bare skin and nipple guards—she wore as much during the band’s 2022 Lollapalooza set, recently. And for the VMAs, she started playing with her left shoulder and chest partially exposed, save a pasty.

According to Page Six, the wardrobe malfunction, as these things are now called, post-Janet Jackson and Justin Timberlake’s now infamous Super Bowl halftime show, happened as De Angelis joined with a group of dancers on stage near the front. This made the fabric that had been covering her right shoulder fall off and collect at her elbow, exposing her.

The moment happened around the 1:35-minute mark in the video, which you can check out below. That’s when the camera suddenly moved back and forth between shots and showed the audience for about 20 ticks. Afterward, fans saw David and his ass-less pants.

In other band news, Måneskin is set to return to America as part of the group’s Loud Kids World Tour in October, November, and December. Fans can purchase tickets for those gigs HERE.

Check out more from our VMA coverage on Kane Brown HERE, on Nicki Minaj HERE, on Red Hot Chili Peppers HERE, on SEVENTEEN HERE, and on Taylor Swift HERE. 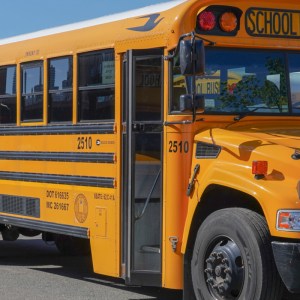 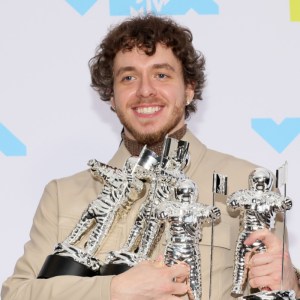