Lord Huron’s Brandon Walters is a versatile guitarist who’s equally adept at backing up songwriters with his precise and soulful playing as he is stepping in the spotlight. Here, in the latest installment from Fender’s video series, he takes the new Fender American Acoustasonic Stratocaster through the paces, backed by Anne Williamson on gentle piano. Walters gently flatpicks out a melodic theme on the Mahogany Americana Dreadnought setting, and then switches the knob to a Dirty Electric setting adding ethereal riffs and a few solo lines featuring the classic Strat sound.

Walters began his professional career touring with and producing records for Greg Laswell (Vanguard Records). Since then he’s toured extensively with a slew of singer-songwriters including Joshua Radin, Cary Brothers, Tristan Prettyman among others. He’s also produced tracks for Joshua Radin and been a session musician on albums for artist such as Ingrid Michaelson, Erin McCarley and Joshua Radin. He currently plays guitar in the up-and-coming indie rock band Lord Huron (www.strangetrails.com) and co-fronts the Los Angeles based indie folk-pop band My Name is You.

The Fender video series has already featured top players, including Molly Tuttle, Kenny Wayne Shepherd, Billy Strings and Lindsey Ell, checking out the unique sounds and features of the Acoustasonic Stratocaster. More will follow in the coming weeks. Look for our full review of the guitar in the July/August print issue. 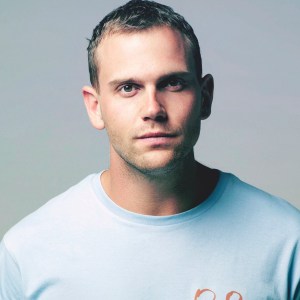 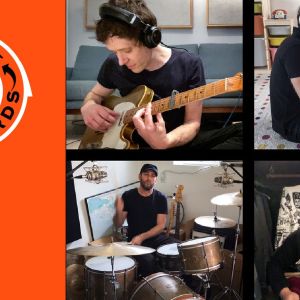