Often hailed the queen of country-pop, Shania Twain celebrates other influential female voices on the latest episode of Home Now Radio on Apple Music. The icon takes the listeners back to her roots, narrowing in on country music and nodding to the women who shaped the genre’s sound.

She first addresses the beloved Dolly Parton and her long-reigning royalty. From her Imagination Library, founded in 1990, to her recent $1 million donation to COVID-19 research, Twain describes Parton as “a champion in every way.” The enthusiastic host had difficulty selecting her favorite song from Parton’s spanning catalog but landed on 1974’s “Jolene”—her second no.1 Billboard single—to kick off the commemorative show.

Twain skips a few generations ahead with Taylor Swift’s “Love Story”—which she recently released as a single from the upcoming re-recorded Fearless (Taylor’s Version). Swift, who began her country music career as a teenager, cited Twain as one of her biggest musical influences in 2009.

“That’s very sweet, and I’m very honored,” Twain responded on air. “Those kinds of compliments give so much more meaning and reward to what I do as an artist. It means a lot. It means a lot to me.”

She continues to weave back and forth from legendary to more modern trailblazers. Loretta Lynn’s “Coal Miner’s Daughter” marks the advent of women’s role in the music industry. The host highlights Patsy Cline as “One of the more profound, emotional vocalists of my childhood.” She played Cline’s song, “Crazy,” from her alum Showcase in 1961. The song, initially recorded by Willie Nelson, was produced for Cline by Owen Bradley—one of the Nashville sound and rockabilly chief originators.

Tammy Wynette, considered the first lady of country music, is best known for “Stand By Your Man.” Her 1976 hit, “Your Good Girl’s Gonna Go Bad” was given attention for its strong feminine lyrics. The topic spurred conversation about women placing boundaries.

“But I think that women are misunderstood a lot of the time just because we have maybe even so far as to say feminist views, or to say that we stand up for ourselves with courage and sometimes defiance almost, I think that that is fair to say,” says Twain. “Sometimes we just do have to put our foot down and put it down hard, but that doesn’t mean that we don’t love the men in our lives, and that we don’t need the men in our lives. I sing about this often myself. Did you know that we can be beautiful inside and out, and still be smart and talented at the same time? Ha! Who knew? We can do it all, ladies. That’s what I say. We can do it all.”

Twain says Reba McEntire “really knows how to get into the story of a song.” She selected “Fancy” from McEntire’s 1991 Rumor Has It, initially from a Bobby Gentry album.

The host pays homage to her contemporaries like Faith Hill. Twain shares, “This beautiful lady, she’s beautiful, but her voice is even more beautiful, in my opinion.” She also cites LeAnn Rimes’ CMA performance of “Blue,” and says, “Talk about being knocked off your feet.”

Twain also recognizes the industry’s current female shakers, like Kelsea Ballerini, who collaborated on 2020’s “Hole In The Bottle” from 2020’s ballerini. The young artist called into Twain’s show to express her gratitude for Twain’s guidance over the years.

“I just wanted to say how much you have inspired, not only me, but thousands and thousands of women to be bold, and be brave, and be sassy, and do it with grace, and do it with authority,” says Ballerini over the phone. “And just you are, to me, the epitome of a true artist and a girl’s girl. I look up to you in every way. And getting to know you the last few years has been one of the biggest honors of my career. And I’m just so grateful for you. I’m so grateful for the fact that we have a collaboration, which is the coolest thing ever to me.”

She introduces another emerging act, Aubrie Sellers, daughter of Lee Ann Womack and Jason Sellers. Her influences range from Ricky Skaggs to Creedence Clearwater Revival. The rock-folk influence is present in her “My Love Will Not Change,” featuring Steve Earle. Tenille Townes’, “Somebody’s Daughter” and Cam’s “Burning House.”

Twain takes an interest in breakout artist and Baltimore-native Brittney Spencer. Her 2020 song “Damn Right, You’re Wrong,” exudes her strength as a woman. Spencer paid her dues as a backup singer for several artists, including Carrie Underwood.

“Well, way to go Carrie,” says Twain. “I’m sure that you were a great influence, and you gave her a leg up. That is what we should do for each other as women in country music.”

Listen to Shania Twain celebrate her “esteemed company” on the latest episode of Home Now Radio on Apple Music here. 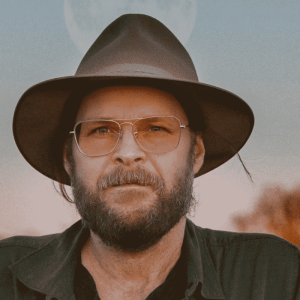 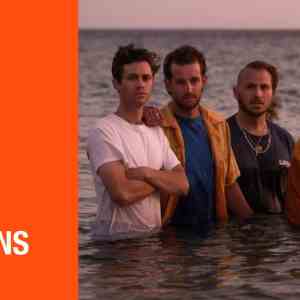